It’s Tuesday, so we are talking new releases again! We’ve got another small list that packs a big punch this week!

As always, these titles will have inclusive characters (think racial and cultural diversity, LGBTQ+ representation, diverse family structures, disability representation, and more), and fall into a range of genres in both fiction and nonfiction categories.

Please Note: This post contains affiliate links. Affiliate links allow me to receive a small commission from purchases made, with no additional cost to you. This commission is used to maintain this site and continue bringing content to you.

If You’re a Kid Like Gavin by Gavin Grimm and Kyke Lukoff, Illustrated by J Yang

“When you’re a kid like Gavin Grimm, you know yourself best. And Gavin knew that he was a boy—even if others saw him as a girl. But when his school took away his right to something as simple as using the boy’s restroom, Gavin knew he had a big decision to make.

Because there are always more choices than the ones others give you.

Gavin chose to correct others when they got his pronouns wrong. He asked to be respected. He stood up for himself. Gavin proved that his school had violated his constitutional rights and had the Supreme Court uphold his case—bringing about a historic win for trans rights. There are many kids out there, some just like Gavin Grimm, and they might even be you.

What choices will you make?“

“In this charming picture book from the author-illustrator of Gustavo, The Shy Ghost,a witch who is spellbindingly good at everything discovers that baking is no piece of cake.

Leila Wayward is a little witch who excels at everything she does. She’s the fastest flier, the most cunning conjuror, and the most superb shape-shifter. She has won trophies for potions, herbology, and alchemy—and now she dreams of winning the Magnificent Witchy Cake-off! As the youngest in a long line of masters of the Dark Arts of Patisserie, Leila wants her entry to be perfect. But even with the most bewitching of recipes, she realizes a terrible truth: she’s a disaster in the kitchen. Luckily, Leila has three magical sisters who are happy to share their culinary secrets with her. What’s more, Leila discovers that baking with them is fun! Win or lose, she has already tasted the sweetest thing of all: acceptance—with a pinch of nightshade and a bit of mandrake. Filled with expressive and fancifully offbeat illustrations, Flavia Z. Drago’s enchanting story of trying your hardest despite your imperfections is sure to delight little witches and novice bakers alike.”

That’s Not My Name! by Anoosha Syed

“A debut picture book about loving your name, finding your voice, and standing up for yourself from the critically acclaimed illustrator of Bilal Cooks Daal and I Am Perfectly Designed.

Mirha is so excited for her first day of school! She can’t wait to learn, play, and make new friends. But when her classmates mispronounce her name, she goes home wondering if she should find a new one. Maybe then she’d be able to find a monogrammed keychain at the gas station or order a hot chocolate at the cafe more easily.

Mama helps Mirha to see how special her name is, and she returns to school the next day determined to help her classmates say it correctly–even if it takes a hundred tries.”

“Eleven-year-old Macy Weaver knows relationships are complicated. Fresh off her latest friendship breakup, she’s spent most of her summer break on her own. So when Macy’s mother decides to go back to college three states away, Macy jumps on the chance to move—anything for a fresh start.

But Macy’s new home isn’t exactly what she expected. Her mother’s never around and her dad’s always working. Lonelier than ever, Macy sets her sights on finding a new best friend. When she meets Brynn, who’s smart and kind and already seems to have her whole life figured out—down to her future as a high fashion model—Macy knows she’s it. The only problem is that Brynn already has a BFF and, as everyone knows, you can only have one.

Resorting to old habits, Macy turns one small lie into a whole new life—full of fantastic fashion and haute couture—but it isn’t long before everything really falls apart. Ultimately, Macy must determine how to make things right and be true to herself—rather than chasing after the person she thinks she’s supposed to be.”

All Four Quarters of the Moon by Shirley Marr

“The night of the Mid-Autumn Festival, making mooncakes with Ah-Ma, was the last time Peijing Guo remembers her life being the same. She is haunted by the magical image of a whole egg yolk suspended in the middle like the full moon. Now adapting to their new life in Australia, Peijing thinks everything is going to turn out okay as long as they all have each other, but cracks are starting to appear in the family.

Five-year-old Biju, lovable but annoying, needs Peijing to be the dependable big sister. Ah-Ma keeps forgetting who she is; Ma Ma is no longer herself and Ba Ba must adjust to a new role as a hands-on dad. Peijing has no idea how she is supposed to cope with the uncertainties of her own world while shouldering the burden of everyone else.

If her family are the four quarters of the mooncake, where does she even fit in?”

The Star That Always Stays by Anna Rose Johnson

“Growing up on Beaver Island, Grand-père told Norvia stories—stories about her ancestor Migizi, about Biboonke-o-nini the Wintermaker, about the Crane Clan and the Reindeer Clan. He sang her songs in the old language, and her grandmothers taught her to make story quilts and maple candy. On the island, Norvia was proud of her Ojibwe heritage.

Things are different in the city. Here, Norvia’s mother forces her to pretend she’s not Native at all—even to Mr. Ward, Ma’s new husband, and to Vernon, Norvia’s irritating new stepbrother. In fact, there are a lot of changes in the city: ten-cent movies, gleaming soda shops, speedy automobiles, ninth grade. It’s dizzying for a girl who grew up on the forested shores of Lake Michigan.

Despite the move, the upheaval, and the looming threat of world war, Norvia and her siblings—all five of them—are determined to make 1914 their best year ever. Norvia is certain that her future depends upon it… and upon her discretion.

But how can she have the best year ever if she has to hide who she truly is?”

“Twelve-year-old Etta Johnson has Loud Days where she can hear just fine and Quiet Days where sounds come from far away and she gets to retreat into her thoughts. Etta spends most of her time alone, working on her comic book about Invincible Girl, the superhero who takes down super villain Petra Fide. Invincible Girl is brave, daring, and bold—everything Etta wishes she could be.

But when Louisa May Alcott, a friendly Goldendoodle from across the street, disappears, Etta and the dog’s boy, Eleazar, must find their inner heroes to save her. The catch? Louisa May has run onto a magical train that mysteriously arrived at the station near Etta and Eleazar’s houses. Onboard, they discover each train car is its own magical world with individual riddles and challenges that must be solved before they can reach the engine room and rescue Louisa May.

Only, the stakes are even higher than they thought. The train’s magic is malfunctioning and spreading a purple smoke called The Fear through the streets of Chicago. Etta and Eleazar are the only ones who can save the city, save Louisa May Alcott—and save each other.”

That’s all I have for today. I hope you all enjoyed reading about these new releases, and hopefully you found one or two to add to your young reader’s shelves!

Which titles have you been looking forward to the most? Be sure to share in the comments below! 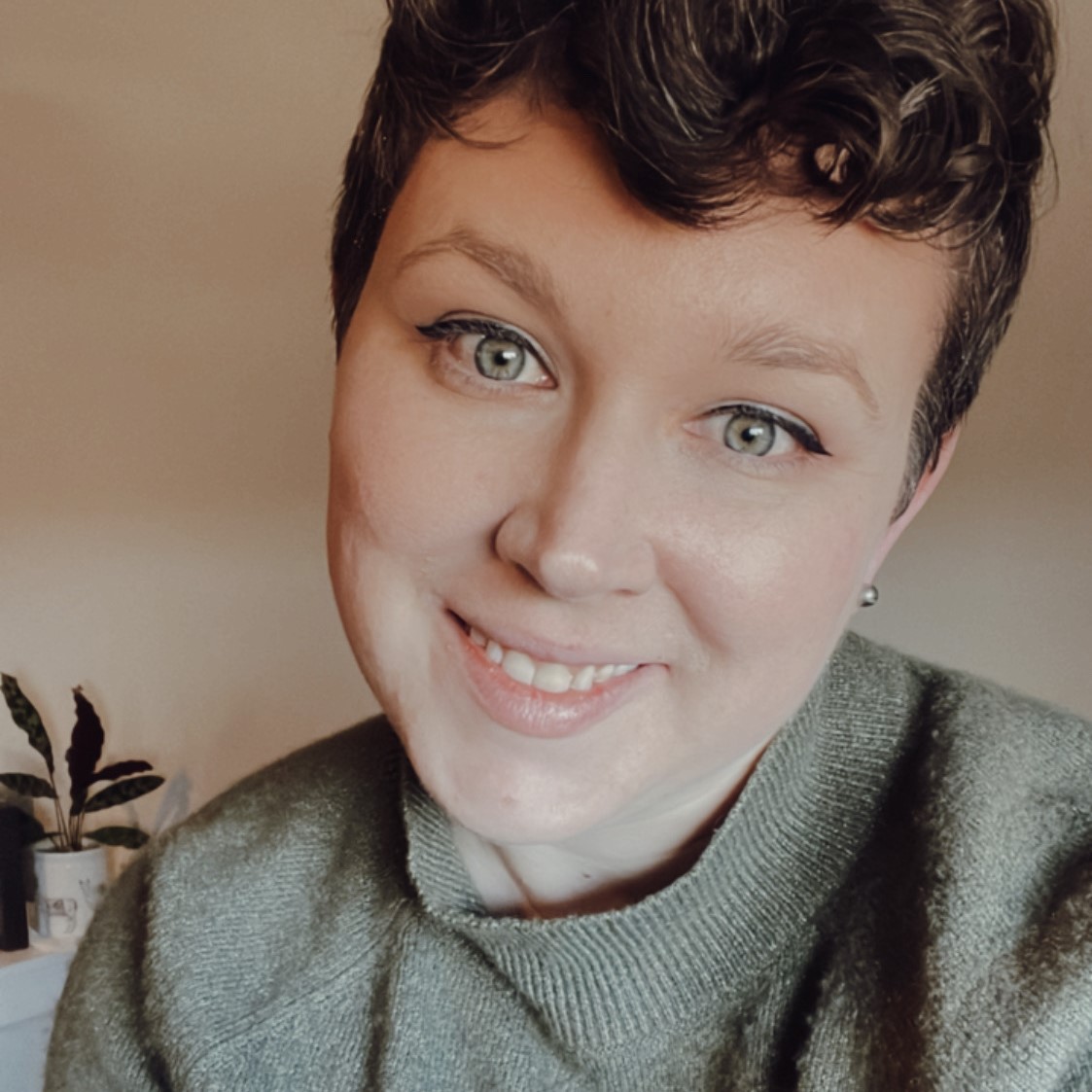 My name is Devyn (she/her) and I am a queer, neurodivergent writer and reviewer of children’s books. I have always loved kidlit more than the average adult, but it wasn’t until my son was born that I dedicated myself to curating an inclusive library. After spending months researching books, I was inspired to start a blog where parents can find a diverse collection of inclusive books, hopefully making the next parent’s journey a little easier than mine was.

The only books you will find here are inclusive in some way. This inclusion can range from diverse family structures and LGBTQ+ themes to racial/cultural representation and feminism. All are welcome here.

I hope you enjoy your time here and find a few books to brighten your little readers’ days.