Happy Tuesday, everyone! I’m so excited to share the new releases I am most looking forward to this week with you all.

As always, these titles will have inclusive characters (think racial and cultural diversity, LGBTQ+ representation, diverse family structures, disability representation, and more), and fall into a range of genres in both fiction and nonfiction categories.

Please Note: This post contains affiliate links. Affiliate links allow me to receive a small commission from purchases made, with no additional cost to you. This commission is used to maintain this site and continue bringing content to you

“Grown-ups never seemed to notice, but Kalamata’s kitchen table was magical. Under her table, she and Al Dente could transport themselves anywhere….

Tomorrow is Kalamata’s first day at a new school, and she’s nervous! What if the kids aren’t friendly? Or worse, what if they don’t like alligators!? If only Kalamata and Al Dente could go to back to the Indian spice market they visited this summer, then maybe she’d remember how to feel brave when new experiences seem scary.

Luckily for Kalamata, all the magic required for her journey is right in her own kitchen! As Kalamata and her alligator friend, Al Dente, transport themselves to a magical land filled with tasty ingredients, she realizes being brave is exciting! And most importantly, she learns that when we’re nervous about trying new things, food can comfort us and remind us to stay curious, courageous, and compassionate.”

Sing with Me: The Story of Selena Quintanilla by Diana López, Illustrated by by Teresa Martinez

From a very early age, young Selena knew how to connect with people and bring them together with music. Sing with Me follows Selena’s rise to stardom, from front-lining her family’s band at rodeos and quinceañeras to performing in front of tens of thousands at the Houston Astrodome. Young readers will be empowered by Selena’s dedication–learning Spanish as a teenager, designing her own clothes, and traveling around the country with her family–sharing her pride in her Mexican-American roots and her love of music and fashion with the world.”

“Take flight in this heartwarming story about a boy who learns to be true to himself at school while following his love of nature.

Nico was new, and nervous about going to school. Everyone knew what to do and where to go, but Nico felt a little lost.

So, he did what he loved to do:
Watched the insects
Sat in the grass
And most importantly… befriended the birds.

Before he knew it, Nico was known as BIRD BOY. But Nico didn’t mind. Soon, he made one friend, then two, as the other kids learned to appreciate Nico for who he was. Before long, Nico learned he could be completely, delighfully, himself. This dreamy story will encourage all readers to express who they are unapologetically.”

“In this book from the critically acclaimed, multimillion-copy best-selling Little People, BIG DREAMS series, discover the life of Mindy Kaling, the actor, writer, producer, and director.

When Mindy was a little girl, she loved TV comedy sketches; in particular, Saturday Night Live. At college, she studied theater and met a friend with whom she created her first off-Broadway production. It was there she was spotted by the writer and producer of The Office (US) for the role of Kelly Kapoor. Mindy went on to write and executive produce hilarious episodes of The Office. She then went on to create The Mindy Project, and Never Have I Ever, the Netflix Original smash hit watched by 40 million people, fulfilling her childhood dream of becoming a director and writer. This empowering book features stylish and quirky illustrations and extra facts at the back, including a biographical timeline with photos and a detailed profile of Mindy’s life.”

If the World Were 100 People: A Visual Guide to Our Global Village by Jackie McCann, Illustrated by Aaron Cushley

“Help your child become a global citizen with this accessible introduction to the people who live on our planet, with big ideas broken into bite-size chunks through clever graphic design. Perfect for home and classroom settings!

With almost 7.8 billion people sharing the earth, it can be a little hard to picture what the human race looks like all together. But if we could shrink the world down to just 100 people, what could we learn about the human race? What would we look like? Where and how would we all be living? This book answers all these questions and more!

Reliably sourced and deftly illustrated, If the World Were 100 People is the perfect starting point to understanding our world and becoming a global citizen. If we focus on just 100 people, it’s easier to see what we have in common and what makes us unique. Then we can begin to appreciate each other and also ask what things we want to change in our world.”

“A haunted ice cream truck is on the loose in this fourteenth chilling adventure in the Desmond Cole Ghost Patrol series!

Summer in Kersville is like summer in a lot of other places. The sun is bright and hot. School is closed and the pool is open. And kids know to run away as fast as they can when they hear the familiar song of the ice cream truck. Because that means the I Scream Man is here for dessert!

With easy-to-read language and illustrations on almost every page, the Desmond Cole Ghost Patrol chapter books are perfect for emerging readers.”

The Story of Ruby Bridges: A Biography Book for New Readers by Arlisha Norwood Alston PhD

Ruby Bridges was the first Black student to attend an all-white public school in the southern United States. Before she helped desegregate schools and change the course of history, Ruby had a simple childhood. She was a happy girl who helped take care of her younger siblings and loved to play outside. Her life changed when she was chosen to attend William Frantz Elementary, where she became a civil rights leader at a very young age. Explore how Ruby went from being a thoughtful girl growing up in Mississippi to a national leader in the fight for equality.

The Story of Ruby Bridges includes:

Core curriculum―Learn the Who, What, Where, When, Why, and How of Ruby’s life, and take a quick quiz to test your knowledge.
Her lasting legacy―Explore how Ruby Bridges made the world a better place for future generations, including you!
Word definitions―Discover easy-to-understand explanations of some of the more advanced words and ideas inside the book.
How will Ruby’s courage inspire you?”

“Link, Michael, and Dana live in a quiet town. But it’s woken up very quickly when someone sneaks into school and vandalizes it with a swastika.

Nobody can believe it. How could such a symbol of hate end up in the middle of their school? Who would do such a thing?

Because Michael was the first person to see it, he’s the first suspect. Because Link is one of the most popular guys in school, everyone’s looking to him to figure it out. And because Dana’s the only Jewish girl in the whole town, everyone’s treating her more like an outsider than ever.

The mystery deepens as more swastikas begin to appear. Some students decide to fight back and start a project to bring people together instead of dividing them further. The closer Link, Michael, and Dana get to the truth, the more there is to face-not just the crimes of the present, but the crimes of the past.

With Linked, Gordon Korman, the author of the acclaimed novel Restart, poses a mystery for all readers where the who did it? isn’t nearly as important as the why?”

“There’s a new kid in town! From the moment Natasha sets foot in class, it’s clear she’s one of the coolest kids in sixth grade. Everyone wants to be her friend, including Olive . . . but things might not be so easy.

Olive tries her best to befriend Nat, but it seems like the only thing they have in common is that they both want to hang out with Olive’s friends! Watching as Natasha gets closer with some of her best buds, Olive can’t help but worry that they’re starting to like Nat more than they like her . . . and who could blame them? Nat is just that cool . . . and Olive is, well, just Olive.

The New York Times best-selling author-illustrator Kayla Miller delivers a nuanced look at navigating middle school friendships and the importance of both empathy and respect.”

I hope you all enjoyed reading about these new releases, and hopefully you found one or two to add to your young reader’s shelves!

Did I miss any releases you’re excited for? Be sure to share in the comments below! 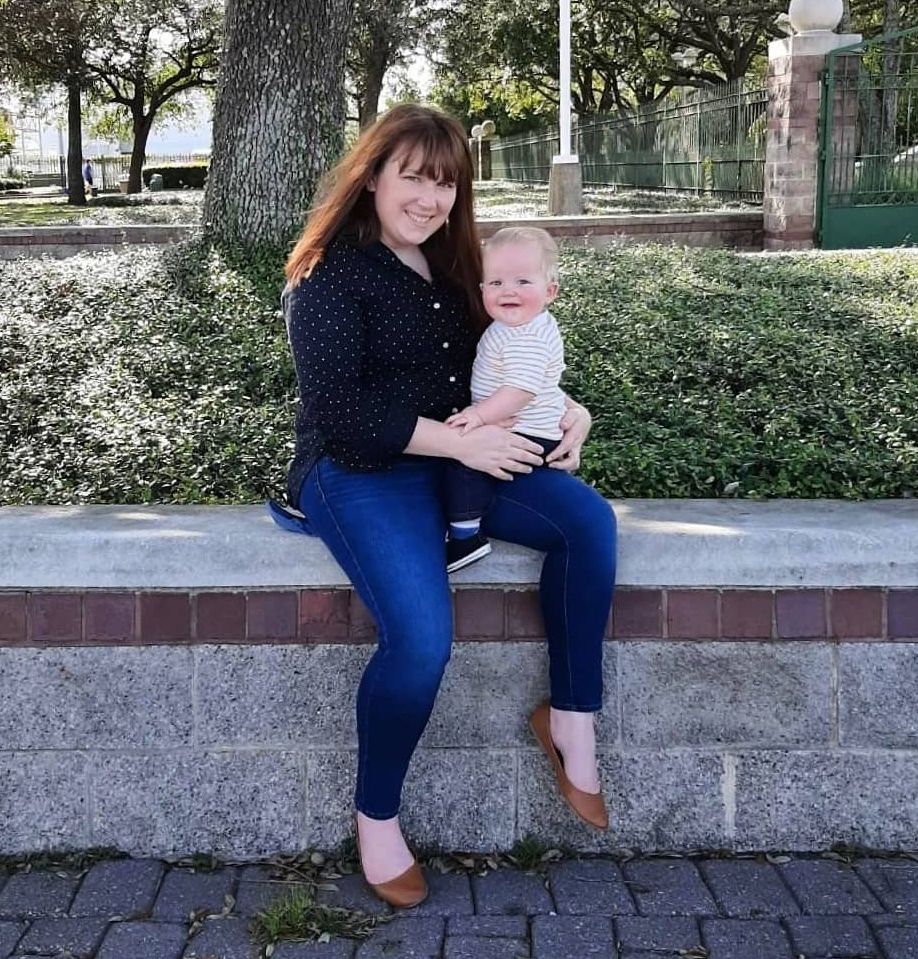 My name is Devyn, and my pronouns are she/her. I am a queer mom who is passionate about children’s books. I have always loved kidlit more than the average adult, but it wasn’t until my son was born that I dedicated myself to curating an inclusive library. After spending months researching books, I was inspired to start a blog where parents can find a diverse collection of inclusive books, hopefully making the next parent’s journey a little easier than mine was.

The only books you will find here are inclusive in some way. This inclusion can range from diverse family structures and LGBTQ+ themes to racial/cultural representation and feminism. All are welcome here.

I hope you enjoy your time here and find a few books to brighten your little readers’ days.